One of the stars of naturopathic and herbal medicine died the morning of October 15, 2005. Dr. Silena Heron influenced a generation of herbalists and naturopathic physicians through her teaching, clinical work, medicine making, writing, and speaking. She practiced as an herbalist and then naturopathic physician for over 20 years and was the first chair of botanical medicine at Bastyr University and faculty member from 1985–1991.

Dr. Heron was born Nancy Feldman in 1947 in Queens, New York. Her father was an electrician, who helped build the World Trade Center. Instead of going to college, she attended nursing school. By age 19 she was a registered nurseworking in intensive care and then psychiatric medicine in New York City. She attended the famous Woodstock rock concert in 1969 and later moved to Bolinas, CA in 1972, where she was known as Nancy Denmark. There she studied weaving and helped create a macramé playground in 1974.

Tending the garden for the weaving collective, she eventually developed such an interested in and love for the plants that she incorporated them into her weaving practice by using and teaching natural dyes. She also taught health classes at the local adult education program.

In 1975 she traveled to Central America to connect with native weavers and began studying herbal medicine. By 1976 she was back in West Marin County, CA, practicing as an herbalist and teaching classes on herbal medicine. She particularly favored giving herb walks so people could learn the local flora and use these plants as foods and medicines. She was part of California’s herbal renaissance, studying with the late herbalist William LeSassier among other notable herbal teachers.

Through her many travels she was exposed to a wide range of herbs in numerous habitats and developed an encyclopedic knowledge of hundreds of herbal medicines. Dr. Heron became involved with the Native American Church, spending time with Soloho, a Hopi bone setter, and working with the late, great, medicine woman Keewaydinoquay Pakawakuk Peschel on the island off Traverse City, MI. She also lived in Norman, OK. Her experiences with Soloho resulted in her name change: Silena is a Hopi word related to flowers (she always contended it meant squash blossom but I've never been able to confirm this).

By the early 1980s, Soloho told Dr. Heron that she should use her gifts and bridge the worlds of traditional and scientific medicine, urging her to get further scientific training and to spread the knowledge of herbal medicine. She became a naturopathic physician, enrolling first at the Pacific College of Naturopathic Medicine, and after this school closed in 1983, transferring to what is now Bastyr University.

Despite being a single mother starting in 1985 she not only commuted by ferry every day to school but also taught many of the botanical medicine classes, becaoming the first chair of botanical medicine at Bastyr. She also started an herbal company called Botanical Pharmaceuticals, initially importing tinctures produced by the late British herbal teacher Hein Zeylstra’s company Phyto Pharmaceuticals in the UK. Dr. Heron was instrumental in bringing Zeylstra to the U.S. to teach. Botanical Pharmaceuticals still exists today, renamed Heron Botanicals.

Dr. Heron graduated from Bastyr in 1988 and by 1990 moved to Sedona, AZ. There she wrote and lectured extensively while maintaining a busy family practice. She was one of the few clinicians who actively combined botanical medicine and constitutional homeopathy, and wrote two articles about the rationale and her successful experiences doing so in the Journal of Naturopathic Medicine. She and I were co-recipients of the AANP/NF Formula's In-Office Research Award in 2000 for our practice-based study on the safety of bitters containing Artemisia absinthium (wormwood).

In the late 1990s, Dr. Heron successfully championed the drive to start the Botanical Medicine Academy, recognized by the American Association of Naturopathic Physicians as a specialty society in botanical medicine. The BMA worked for many years to develop continuing education and credentialing for experts in botanical medicine, a lengthy and difficult process. [Update 2020: sadly, the BMA ultimately shut down without attaining its goals.]

In 2000, Dr. Heron was diagnosed with stage III ovarian cancer. Within a year she was too debilitated to keep practicing and she experienced financial difficulties. In 2001, the American Herbalists Guild established the Herbalist Health Trust, a fund to which tax-deductible contributions can specify recipients in need of medical care---people who may not be eligible for insurance reimbursement. Dr. Heron was the first recipient and was the motivating force behind the Trusts’ creation. After five years of various treatments, she ultimately succumbed to a recurrence of the cancer.

Silena’s commitment to healing others was unequaled she was a friend of the truest kind . She was a strong woman, uncompromising, dogged and persistent.

My own love of herbs started when Silena led an herb walk at the University of Washington herb garden. She seemed to know everything about every herb, no matter how obscure.

One of her last acts was to work on a book about formulating herbal medicines with me, which I intend to complete. Hopefully, it will serve as a small reminder of her wisdom about medicinal herbs.

Thanks Noel Bergman-Benson, Sherry Hirsch, Jim Kravets and the Point Reyes Light, Paul Bergman, and Roy Upton for providing some of the details in this tribute. 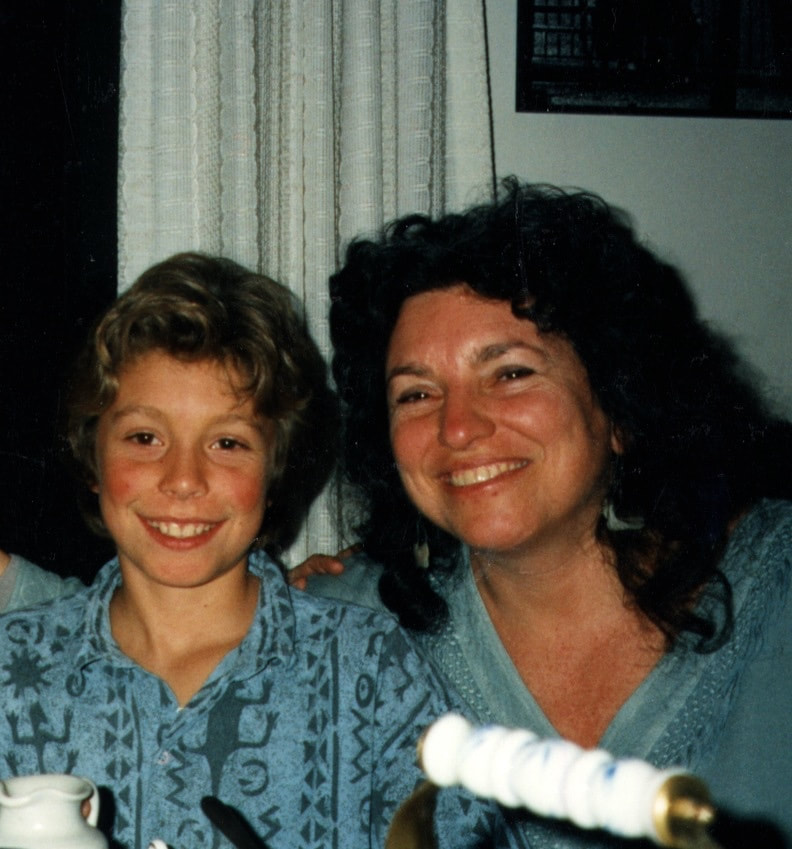